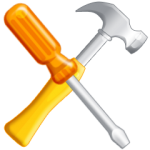 This summer I’ve been asked to build various pieces of furniture from an increasing range of suppliers, including several orders from Next and John Lewis, but the sofa bed I assembled for a customer at Portelet was the first one from Heals of London.

The customer had to persuade Heals to send it to Jersey, but it arrived safely and wasn’t particularly hard to build – although it was heavy!

An increasing number of customers also order from Amazon and other online-only stores and so far I’ve never been confronted with anything I couldn’t build.

Anyway, one way and another, with flatpack assembly, Hillarys shutters and blinds, and some big family events, it’s been a bit full-on this year.

That’s why we were happy to be invited to France for a week or so, in mid-October. So, if you have something that needs building and you haven’t made contact with me by 3rd October I probably won’t be able to help until the last week in October at the earliest.