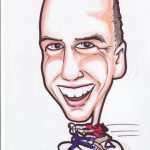 Although things have quietened a little lately, I’ve been no less busy. Between building flatpack furniture and measuring and fitting shutters and blinds, I have started training for our big bike ride in less than three months.

You might already know about ABC (After Breast Cancer) Jersey and you might even have heard (or heard about) Hot Bananas. The Hot Bananas are a group of over 100 singers, of which I am one of the three male participants. Bananas’ charity of the year for 2017 is ABC Jersey, so when I mentioned at a recent Bananas performance that I would be cycling from St Malo to the Pyrenees later this year it was suggested I should try to raise some sponsorship for them.

So, I have created a Just Giving page HERE, where anyone can easily make a donation. Alternatively, you can speak to me directly or message me via this page if you prefer.

I won’t be asking customers to sponsor me but I might just mention that I’ll be doing the ride!

As of today, I have raised over 40 percent of my target of £500. The actual ride might be somewhat harder work than the fundraising has been so far!